We’ve recently asked a number of subject matter experts for their input on how the war in Ukraine is impacting cybersecurity and cyber risk management.

Today, we’re sharing our conversation with Billy Gouveia of incident response firm Surefire Cyber about how cybersecurity concerns have evolved in the earliest days of the conflict.

What cybersecurity concerns do you have about the unfolding scenario with Russia and Ukraine?

The tragic war unfolding in the Ukraine has several important cyber dimensions. Some have concluded that the cyber front has been quiet thus far. Let’s look at the key cyber actions of the last six weeks:

In short: The cyber volleys, while drowned out by the gripping news of the kinetic war, haven’t subsided. Given what we know about the close ties between many ransomware groups and the Russian government, I think it’s fair to say that the immediate focus has been more on Ukrainian targets than it has been on American companies. That said, my key concern is that as US support for Ukraine grows, so does our desirability as a target for capable hackers supportive of Russia. These hackers could be:

Although US companies have not seen an increase in attacks, just recently, the FBI declared a $10M reward for each of four Russian hackers for targeting nuclear and electrical plants in 135 countries and attempting to cause physical damage with cyber weapons.

What cyber trends are you seeing related to that situation?

To pick up on this last point and look further out on the horizon, our nation’s adversaries are knocking on doors and scanning our critical infrastructure daily. The long-term concern is that this staging activity could lead to an attack on US critical infrastructure, particularly on the banking sector in response to its role in economic sanctions. Specifically, sanctions on Russia are expected to have an impact that rivals the 1998 financial crisis with JPMorgan forecasting the Russian economy to contract 35% in Q2. This could lead to not only state-sponsored retaliatory events but also an increase in financially-motivated attacks like ransomware and business email compromise.

What we’re seeing at the moment is an intensive crossfire of localized cyber campaigns—with denial of service, ransomware, and wiperware—in Ukraine and Russia, as well as the immediate periphery of Poland, Belarus, the Baltic countries, and Germany. This makes sense as cyber campaigns in these areas will have the highest impact on the conflict’s critical logistical hubs and supply routes.

Definitely; even if we’re not seeing it materialize just yet. US organizations have long been targeted, and, given the ongoing challenge of attribution in the cyber domain, the Russian government can operate with plausible deniability. Our NATO allies face a similarly heightened target profile, and again, the longer the conflict goes on, the higher the likelihood of spillover cyberattacks beyond Ukraine’s immediate periphery.

To put it another way, Russian-aligned actors have more reason to target US organizations and less to lose by doing so. For example, Russia’s removal from SWIFT means that they can conduct cyber operations against the global provider of financial transactions. At the same time, we have to be increasingly vigilant about threats such as Iranian APT groups such as MuddyWater and possible Chinese cyber groups conducting staging operations against Taiwan.

Again, my sense is that the longer the conflict goes, the wider these campaigns will spread. As I commented above, campaigns against the US may now be in the preparation and planning stages with threat actors working to gain access to our infrastructure and performing reconnaissance to establish their priority target lists. There has also been an uptick in dark web activity, particularly with access brokers increasing the sale of network and admin credentials. Increased dark web activity tends to be a good indicator of future ransomware incidents with a historical dwell time of one to three months between the sale of access and the initial compromise.

What proactive cyber-related actions do you suggest, considering the situation?

Put simply, I suggest the same cyber measures that organizations should always take, with an added dose of vigilance. There are several key actions that every organization must implement:

We’d like to thank Billy for his thoughts on this quickly evolving situation. U.S. entities should maintain vigilance in the face of the threats mentioned in Billy’s responses above.

You can also stay sharp and informed as the industry changes in real-time by logging in to your eRiskHub® portal to access up-to-date threat intel, cyber awareness training, and more. 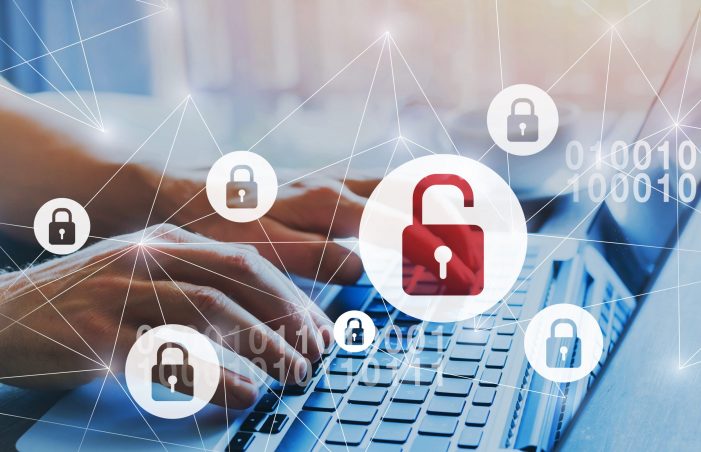